Ever had one of those books that you just said “Wow” after and could not get out of your head?  The Sun Does Shine: How I Found a Life on Death Row by Anthony Ray Hinton does just that. My husband and I bought the book and then the audio because we just did not want to miss a second of this extraordinary story.  It is an eye-opener to wrongful conviction, as well as, an inspirational read of surviving and thriving in despair.

Earlier this winter I posted a winter hygge reading list.  The Sun Does Shine was the second on the list and it does not disappoint.  It is an Oprah book club choice and NY Times Best Seller regarding the life story of Anthony Ray Hinton who spent nearly thirty years on Alabama’s death row for crimes he did not commit.  He was released in 2015 to a world that changed significantly since he’s been away.

Hinton was arrested and charged with capital murder in Alabama. He had a rock solid alibi but it didn’t matter. He was railroaded by a system that didn’t appear to care what the truth was. They had a person to charge and they were going to execute him.

His first few years he spent in agonizing despair refusing to speak to anyone.  Then one day he realized that he still had some choices. He could choose despair, hatred, or anger but he could also choose to hang on, have hope, faith and love.  Once he realized this, it shook him and he became a beacon for the next 27 years, not only transforming his own spirit but those of the other inmates and guards.They became sort of a family support system and it got him through this horrifying experience.

He found small comforts by leaving his mind in imagination and through books.  Once he realized how much the books helped he started a book club to share the experience with the other inmates. Through it, lives were transformed. Although, fifty-four were executed just a few feet from his cell he found some joy and purpose.

Anthony Ray Hinton is a testimony to power of hope through horrific times. As you read this book every single emotion will be triggered — outrage, anger, fear, sadness, laughter, hope, faith, love and inspiration.

DNA testing has cleared many convictions.  But, consider the instances where there was no DNA?!  The Innocence Project,  estimates that anywhere between 2-5% of prisoners are actually innocent.  Since the US incarcerates approximately 2 million people, this means that roughly 1 percent, or 20,000, lives have been stolen from them for crimes they did not commit.

A University of Michigan Law School,  study estimates that 1 out of 25 Death Row inmates are likely innocent.  Mistakes happen, but I think when you are talking about human life, we need to do better than this.  We need to examine our criminal justice system. It’s easy when it doesn’t effect us to not see this. But, imagine for a second being locked up for a crime you did not commit. Imagine a loved one sentenced to death row.  This injustice does not just affect the wrongfully accused, it destroys families as well.

Thirty years of Anthony Ray Hinton were taken from him and many turned a blind eye. These were years where he could have had a family, earned social security or saved for retirement. He walked out of Death Row with nothing and the State of Alabama hasn’t even offered an apology.  Yet, he served those years with such class and inspiration.

He now speaks publicly on prison reform and the power of forgiveness.

If you haven’t yet, pick this one up.  It is a must read and when you do consider donating to the  The Innocence Project,and help get these 20,000+ released! 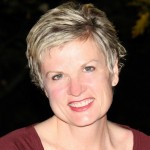 Top 5 Books that Changed my Life